That about sums it up.
Palatine, IL beslayed
reply
What game is this?

The Cidade Albanoel was intended to be the largest theme attraction in all of Brazil, but the death of its creator and endless internal struggles have left it as Brazil's largest abandoned park.

Beloved Brazilian politician Antonio Albano Reis conceived of the park as a massive, eclectic attraction that would have had multiple fantastic areas in a variety of themes and genres. The sprawling complex, which covered over 38 million square meters, the equivalent of 460 football fields, was to contain a Santa park (in honor of Reis himself, who was known as the "Santa Claus of Quintino" thanks to his habit of dressing up as Santa each year), water slides, a replica Old West town, a concert hall, and even a ten-story tower meant to evoke the famous Christ the Redeemer.

Work began on the many attractions in 2000 but Reis was tragically killed in an automobile accident just meters from the entrance of the park (either the victim of murder or a random crash with a European tourist). While a great deal of work had been started on such features as the Wild West town and some of the water slides, only the Santa Park was ever completed.  After being opened to the public for a few short years, the entire site was closed and with Reis no longer at the helm of the project, the entire site was left to decay as family, government, and investors tied up the park's future in bureaucracy.

Today, the expansive Cidade Albanoel sits dormant and the completed attractions are slowly being taken over by rust and undergrowth. All the wishlists in the world could not have kept these Santa's working. 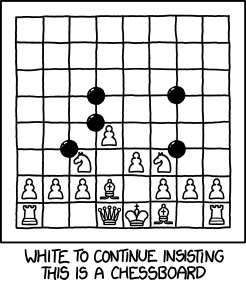 Lythimus
I was teaching a friend how to play Go. I feel like I did a good job except I never stated that pieces couldn't move. I imagine assuming pieces can move affects one's strategy, ha. In my defense, having played so many strategic board games, I never said it was like chess.

The Mid-Life Crisis Of Sexpigeon Sucks when your cabbie has to look it up on GPS and you’re like, what am I even paying you for?

What an awesome ride.
New Hampshire

The family of the convicted drug-smuggler found him still breathing in a morgue after he was hanged last week.

acp
reply
"The verdict was the death sentence, and it will be carried out once the man gets well again."

I'm not sure what it says about you if you're letting someone "recover" from a botched execution before trying a second time.
Louisville, KY